Dream with your Eyes Open

In a magical kingdom not so far away, classic Disney heroes and heroines live once upon a time in fairytales that are, happily, never ending.

The story begins in the good ol’ days of the early 1900s in Main Street, U.S.A®. Then, turn the page and saddle up for some serious fun in Frontierland -Yee Ha! Set sail for an Adventureland of swashbuckling thrills.

Take flight into Fantasyland where Disney princes and princesses are real. Or charter a course into the past and live extraordinary visions of the future in Discoveryland! Welcome to the storybook world of Disneyland® Park. Where enchantment lives. 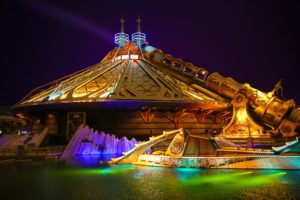 Adventure into a Whole New World of Excitement

Disneyland ParkTake an expedition to exotic, far away places and let curiosity be your guide. From Africa to Asia, the lush, tropical islands of the South Pacific to the Caribbean, you’re on a hunt for hidden Disney treasures and ancient fables you’ve only dreamed of. Welcome, fellow Adventurers! To Adventureland.

Yo ho, Yo ho! A Pirate’s life for you? Prepare for rough waters – it’s fun on the high seas with Pirates of the Caribbean. Join the rowdiest crew of swashbucklers ever in the siege of a Spanish fort. It’s a fierce sea battle to the finish. So keep your wits about you or walk the plank!

Ahoy there! Grab your compass and steer north! Just when you thought it was safe to sail the waters again… you’re on board Captain Hook’s Galley, a Pirate Ship anchored by Skull Rock. And then suddenly… “Land ho!” Washed ashore, pass by African huts toward Adventure Isle. Here you’ll discover mysterious caves and uncover the secrets of Disney’s Treasure Island. Climb winding branches that lead to the Swiss Family Robinson’s tree house and see what it’s really like to live as a castaway. But an escape – or escapade – is only a rickety rope suspension bridge away.

Phew! You’ve made it! Time to cross the borders of imagination into a wild, untamed Indian jungle. Deep within, lies a lost and angry civilization, asleep for thousands of years… and you’ve just awoken it. Quick! Take the challenge and live the story of Indiana Jones™ and the Temple of Peril. It’s a cliff-hanging, high-speed ride through ancient torch-lit ruins. And a fast track to discover the hero inside you.

Meanwhile, a whole new world awaits on the golden streets of Agrabah. “Abracadabra!” The tales of Arabian Nights and Disney’s Aladdin are brought to life before you. Don’t forget your magic carpet.

Now, adventure has a new name: Yours! Come live the magic of Adventureland. Where adventure lives. 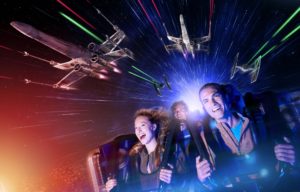 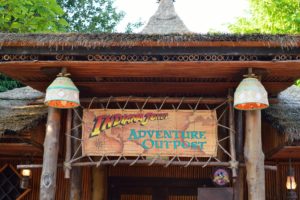 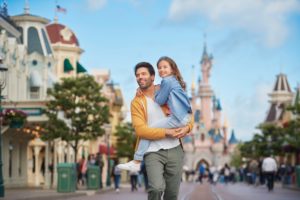 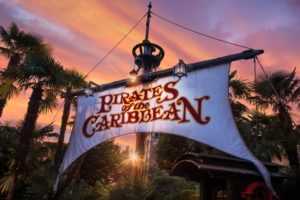 Travel Back In Time to the Future

To the future from the past…and beyond! Travel through time and space, toward the vast outer reaches of Discoveryland.

Or be one of the chosen, and buckle up with Buzz Lightyear to defend toys against the Evil Emperor Zurg –- on a code-red intergalactic emergency ride into the Gamma Quadrant. To Infinity and Beyond!

In another galaxy… take a rocket ride to the Moon of Endor on Star Tours and see how a leisurely trip turns into an adventure through asteroids and toward the Death Star!

Before you return to Earth, go into orbit for one of the greatest views in the universe aboard Orbitron®.

Over at the Imagination Institute, see how big the world is from another dimension in Honey, I Shrunk the Audience.

The future is now in Discoveryland. Where the spirit of discovery lives. 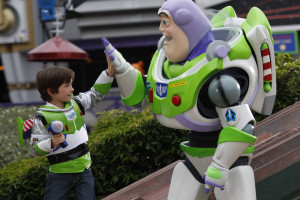 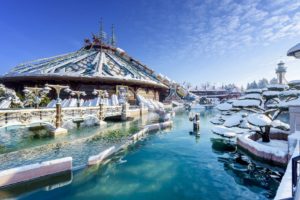 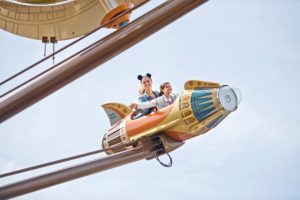 Once Upon a Time is Now

Deep in the heart of Disneyland® Park lies an enchanted world where the pages of your favourite Disney fairytales come to life.

Enter Sleeping Beauty Castle and you are there! Shooting for the stars on Peter Pan’s Flight into Never Land.

On a fantastic journey with Dumbo the Flying Elephant. Cruising around the world in less than a day – “it’s a small world” after all!

Or reliving the magic of Disney’s Snow White and the Seven Dwarfs.

The world’s most magical stories live happily ever after in Fantasyland. Where fairytales live. 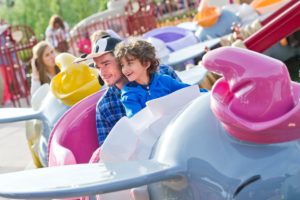 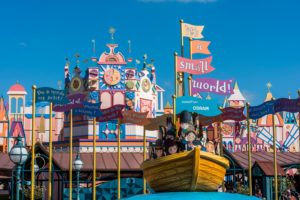 Rustle up some Disney fun. See how the West was really won!

Get there by the mighty Rivers of the Far West aboard the steamboat Mark Twain or the riverboat Molly Brown. Or, map your own course on a runaway mine cart into the depths of Big Thunder Mountain!

Afterwards, boot scoot down to The Lucky Nugget Saloon for some honest-to-goodness grub. Or visit Phantom Manor, home to 999 ghosts just waiting for you know who…BOO! You!

Come live the magic of Disney’s Frontierland. Where legends live. 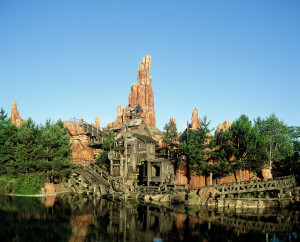 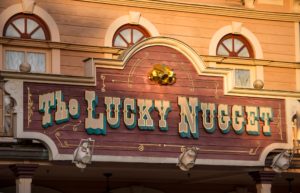